Within today’s spiritual communities there is this growing influence of half-digested truths. It is true that our focus and thoughts direct energy and create reality. It is true that focusing obsessively on the negative is co-creating it. At the same time it is often ignored that ignorance is almost equally harmful.

There is the whole Law of Attraction community which seems to be obsessed with being positive all the time or just noticing the negative if they feel strong enough to deal with it. Only if they can spin it into something positive within a couple of minutes are they willing to look at horror. As a result many are ignoring the other demons and shadows lurking in the dark catacombs of their soul and the collective drama which is playing out on the stages of the world. It is too much to bear. Too ugly. Not pretty enough. Not easily enough deflected by spiritual half-truth and teachings put out of context to soothe the mind.

It is in the shadows which are so dark that you can’t see your own hand in front of your face that the demons lure. It is there that they hide. Guarding not only the treasured of your soul, but themselves from you. It’s not them who are evil. It’s the tyrant within which needs to be exorcised.

The tyrant within is the very same part of us which I regularly call the self-hater. It’s an Ego structure gone rogue.

In my last post I already explained a little that the root of all evil can be found in the lies of separation. It’s an Ego gone rogue which keeps telling these lies. I actually made a whole video about he spiritual purpose of the Ego to go deeper into that dynamic. My video about judgment vs. comparison should serve to be quite illuminating about the subject as well.

Whether you choose to watch these videos or not I hope that I can get this basic truth across to you: 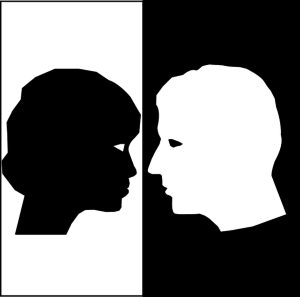 Separation is the false idea that we are somehow isolated and exist not only in a state of exclusive agency, but superiority (in some cases inferiority) in comparison with the rest of creation. This kind of comparison equals the judgment of the unintegrated Ego. It’s an Ego like that which likes to divide the world into white/black, us/them, men/women, gay/straight, good/bad, etc. for the sake of simplicity. We want to understand the world and in our naive trust we have adopted the beliefs of our parents that this can be achieved by simple divisions.

In reality these very same division obscure our perception of reality and lead us down a spiral of self-hate and self-rejection, because we can’t maintain the lies of separation without beginning to divide ourselves. We then start to lash out against the world around us in judgment, because we seek validation for our beliefs and feel threatened by the people, cultures and religions which represent a different truth to us. Especially by those who mirror the suppressed parts of our Self.

Is is in this division, in clear-cut separation, that we plant and nourish all the seeds of racism, sexism, homophobia, classism, xenophobia etc. which have been spread across the world.

We can never hope to uproot these seeds by creating more separation. That would be like fighting fire with fire instead of water.

Ignorance and avoidance are just different names for separation.

Do you see how this action is creating more separation between you and the thing, issue or people that you try to ignore and avoid?

Now let’s keep in mind that usually when we don’t want to face something there is a hell of a lot of resistance within us. We are resisting the painful truth. We are resisting our own complicity in its maintenance. We resist the fact that we are powerful co-creators.

Another thing we resist is the universal truth that there is no separation. You can pretend for as long as you want that the shot black kid, the attacked lesbian girl, the starving child and the abused animal aren’t a part of you. You will still feel their pain beneath all the pretense because we are all one and the same thing. No death happens without a part of us dying. No birth or change without a part of us being transformed and born again.

How would our actions change if we lived from a place of understanding our interconnectedness? How would we treat the people, animals, plants and other beings around us if we recognized them as other parts of Self?

Also: How would we approach the Divine, our Goddesses, Gods and Spirits if we fully knew them to be just another part of Self? Us being as divine as them? Them being as complex, unique, willful and compassionate as us?

It is truly time that we let the lie of separation go. It is truly time that we begin to tell ourselves and others stories of our interconnectedness and interdependency. If we want to make Utopia happen, the revolution needs to take place within our Self and through our actions, words and prayers in the world(s). It needs to be a revolution of love – and love never looks away. 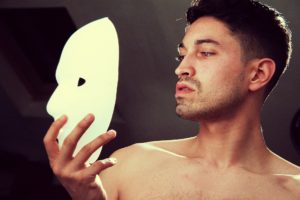 In light of recent events in Orlando I wasn’t sure what to write in today’s blog. I wanted to write something inspiring which gives you a better picture of who I am and what I am about. At the same time I wanted to write something respectful that doesn’t pretend like there isn’t still a lot of pain and suffering in our LGBTQ family going on in the wake of the shooting. I certainly am not ‘over it’ and I don’t expect others to be ‘over it’ either. In my mind that would be cruel and uncalled for – and I experienced enough of that during the last week myself when I dared to express my sadness and my anger.

I’m not much into pretense. I don’t see a point in calling for positive focus while my leg is bleeding. I don’t want us to ignore our emotions or suppress them. Quite on the contrary. 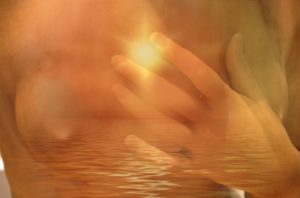 It is my firm believe that everything about the human being is true, correct and beautiful. This includes all of our emotions, our wounds, our minds and our souls. It’s when we start denying and disowning parts of ourselves that we actually get into trouble. Evil enters into the chasm of separation – inside and outside of us. Which is why I’m spending so much time teaching about how to become whole again and how to learn to live with true compassion. It’s because love truly is the glue of the universe. It’s the only thing actually able to overcome hate, violence and the evils of this world. You essentially can’t shoot or consciously hurt someone who you consider to be part of yourself. The same goes for a tree, the ocean and all life on earth. If we truly start to get that all the separation we see is just created in our minds by an insecure and dominant Ego that wants to run the show, we can start not only to heal ourselves, but all the worlds. We can even begin to love our Ego back into wholeness. Like the rest of our parts it serves a valuable purpose if aligned with the rest of our being.

At the same time we shouldn’t pretend either that a gunshot wound can heal just fine as long as the bullet is still inside. Likewise we have to suck the poison out of our wounds sometimes before the real healing can begin. Love is the ultimate cure. And sometimes we need to create a space for love first by removing the poison. That’s the alchemy of transforming lead into gold. Inside of us that’s sometimes called shadow integration. Outside of us it can mean everything from compassionate listening and political activism to the complete arsenal of self-defense. Given the circumstance different tools serve best. 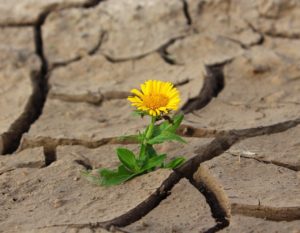 While sitting at the local river today I was reminded of another truth, too. Between all the trash that had been washed on the shore there were still beautiful wild flowers and proud plants with their branches held high. The trash is a concern to the Fey, the nature spirits watching that place. At the same time, though, they remember, too, that nothing that’s true can ever die. Life is unbeatable.

In our Western society it’s easy to get lost in the thought that death is final and a threat to life. That given the state of our world everything is going to end up in some horrible kind of apocalypse and that’s that. Given all the stories that we have been told for the last couple of hundred years it makes perfect sense to feel that way.

At the same time I think we should start to understand that all of these stories and thoughts were born from place of separation themselves. That there is another truth which is revealed in connection.

When we take a look at nature and let go of our cultural conditioning we will see that nothing truly ends there. Everything lasts forever. Matter and energy can’t really be destroyed. They can only be transformed into something else. That’s all what death and decay really do. They are the flipside of birth and growth.

Another thing we can observe is that nature fills the void. Nature itself doesn’t really accept separation. Cross-pollination is more like it. Turning an empty lot first into a meadow and then into a forest is more like it. The more diverse an ecosystem ends up to be, the stronger and more resilient it gets. That’s why nature always advocates diversity.

It is a tragedy that 49 of our sisters, brothers and siblings lost their life as the result of (self-)hate. They became dispensable to the attacker because in his mind what they represented was evil. Something that he needed to see as something separate from himself and therefore dispensable. Evil flourished in his attempt to widen the chasm of separation he was told and believed was necessary.

In a way that’s all homophobia, sexism, heteronormativity, transphobia, xenophobia etc. are about: The idea that separation is necessary. The idea that what is different from us needs to be worse than us and therefore can’t be a part of us, because we need to be ‘good’.

So my advise would be to take a really deep look at ourselves and face the ways in which we still define ourselves as better or fundamentally different from “those people”. We have to face the reality of who we are. Only then can we begin to heal the wounds. Only then can we really begin to integrate our shadows and love our wholeness into being. 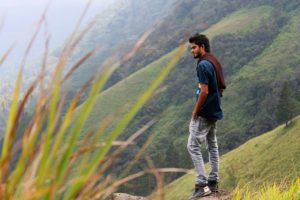